‘Like a sun on Earth’: Las Vegas warning if dazzling venue built in London’s East End

Stratford residents fear planned MSG Sphere concert hall will ruin their sleep with light pollutionEast London residents are being warned that light pollution from a controversial huge new concert venue – the MSG Sphere – will be “like a sun on Earth”. The message comes from neighbours of a Las Vegas version, more than 5,000 miles away.Plans for the new concert hall in Stratford took a step closer to realisation last week when the London Legacy Development Corporation (LLDC) approved plans for the advertising display covered with more than one million light emitting diodes that will show videos and adverts from dawn until late. Continue reading... 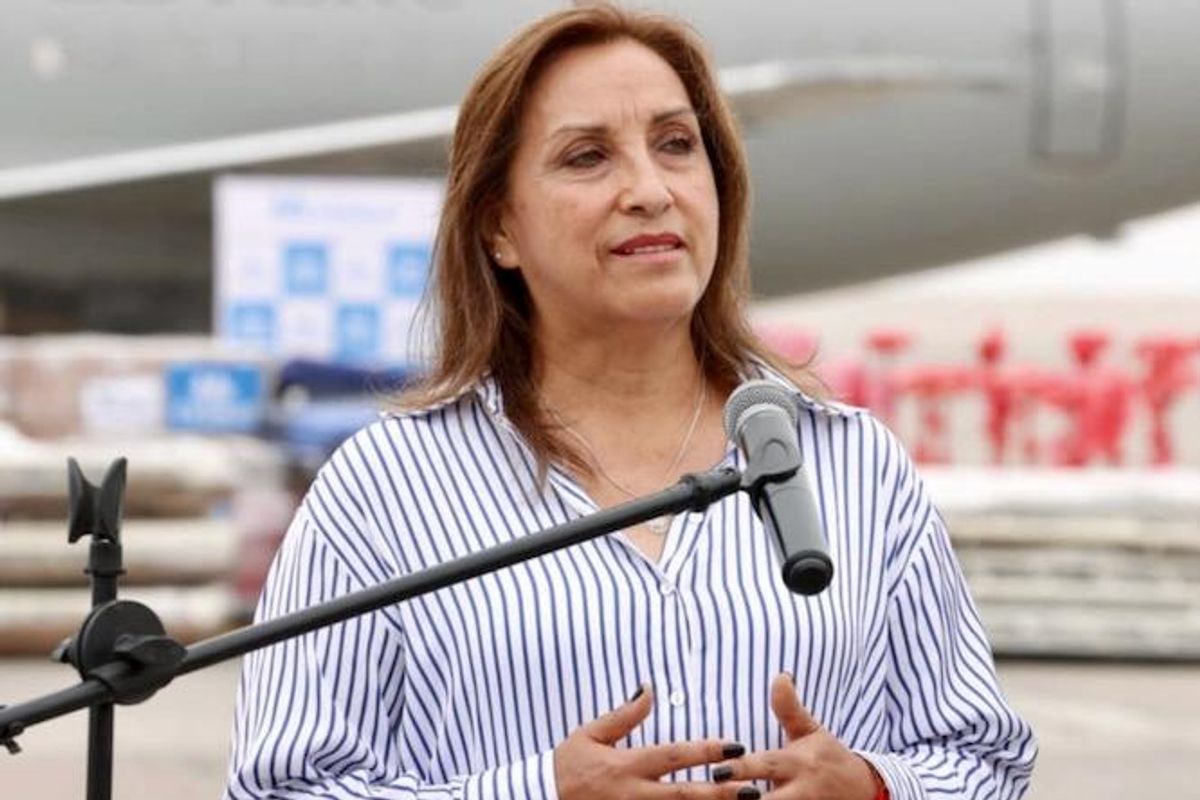 Peru's Congress rejected on Saturday a request by embattled President Dina Boluarte to bring forward elections to December 2023, as protests that have killed dozens rage on against her leadership.The South American country has been embroiled in a political crisis with near-daily protests since December 7 when former president Pedro Castillo was arrested after attempting to dissolve Congress and rule by decree.Demanding that Boluarte resign and call fresh elections, Castillo supporters have erected roadblocks on highways, causing shortages of food, fuel and other basic supplies. The government said it will soon deploy police and soldiers to clear the roadblocks.Lawmakers already agreed last month to bring forward elections from 2026 to April 2024.In the face of relentless protests, Boluarte on Friday urged Congress to call the vote for December, describing the political crisis as a "quagmire."But in a plenary session held during Saturday's early hours, Congress rejected the proposal, with 45 votes in favor, 65 against and two abstentions.Leftist parties had demanded that the advancement of elections be accompanied by a constitutional convention -- something protesters have repeatedly called for."With this vote, the constitutional reform proposal for the advancement of elections is rejected," Congress president Jose Williams said, after more than seven hours' debate.Following the vote, Williams received a request for "reconsideration", which could be debated on Monday in a new session, though it would be difficult to reverse the decision.Protesters have demanded immediate elections, as well as Boluarte's removal, the dissolution of Congress and a new constitution."Nobody has any interest in clinging to power," insisted Boluarte."I have no interest in remaining in the presidency. If I am here it is because I fulfilled my constitutional responsibility."As Castillo's vice president, Boluarte was constitutionally mandated to replace him after he was impeached by Congress and arrested.The US State Department said Friday it remained concerned about the violent demonstrations as it called "for calm dialogue and for all parties to exercise restraint and nonviolence," spokesman Vedant Patel told reporters.'Everything is very expensive' In seven weeks of protests since Castillo's arrest, 47 people have been killed in clashes between security forces and protesters, according to the Ombudsman's Office of Peru.The autonomous human rights office said another 10 civilians -- including two babies -- were collateral fatalities when they were unable to get medical treatment or medicine due to roadblocks.In southern regions, weeks of roadblocks have resulted in shortages of food and fuel."There's no gas, there's no petrol. In grocery stores all you get is non-perishables and everything is very expensive, up to three times the normal price," marketing employee Guillermo Sandino told AFP in Ica, a city 200 kilometers (125 miles) south of Lima that connects the capital to the south.On Thursday, the defense and interior ministries announced that police and the military would soon move to clear the roadblocks.Authorities said on Thursday that traffic was blocked in eight of Peru's 25 regions, which has also complicated medical treatment in some areas, with doctors unable to access needed medicines.Some of the worst violence and highest death tolls have come when protesters tried to storm airports in the country's south.Those southern regions with large Indigenous populations have been the epicenter of the protest movement that has affected Peru's vital tourism industry.As well as blocking dozens of roads and forcing the temporary closure of several airports, protesters have placed rocks on the train tracks that act as the only transport access to Machu Picchu, the former Inca citadel and jewel of Peruvian tourism.That resulted in hundreds of tourists being left stranded at the archeological ruins and many of them were evacuated by helicopter. (AFP)

In a hospital in Brazil's Amazon, half a dozen Yanomami children are dozing in blue hammocks. Some are suffering from pneumonia, others from malaria. Some even have snake bites. All of them are underfed.Cases of malnutrition and malaria in the region have skyrocketed in recent weeks, prompting the new leftist government of President Lula Inacio Lula da Silva to declare a health emergency.Of the nearly 60 Indigenous children being treated at the San Antonio children's hospital in Boa Vista, in the northern state of Roraima, three-quarters of them are Yanomami, and eight of those are in intensive care, according to official data.The vast majority of children are suffering from "moderate to severe malnutrition," complicated by other ailments including pneumonia, malaria and the stomach flu, pediatrician Eugenio Patricio tells AFP."These patients, due to malnutrition, don't have enough in the tank to fight infections. So the consequences are far more serious, and some end up in intensive care," he adds.The San Antonio hospital is the only one in the state -- located on the country's northern border with Venezuela and Guyana -- that can treat children under the age of 12.To get there, many of the Indigenous patients must be flown in from their remote jungle villages.Most of the Yanomami children, who are generally eight years old or younger, are about half the normal weight for their age -- and sometimes even less, Patricio explains."They are extremely weak when they arrive here," he says.While the San Antonio hospital handles the most serious cases, other Indigenous youth and adults are treated at another facility in Boa Vista.And a field hospital built by the Brazilian air force opened its doors Friday in the courtyard of the Indigenous health center to help handle the crisis.Illegal miningLast week, Lula's government said that 99 Yanomami children under the age of five had died in 2022 on Brazil's largest Indigenous reservation, mainly due to malnutrition, pneumonia and malaria.Federal police are investigating possible acts of "genocide" against the Yanomami people, to determine whether the neglect and lack of health access was intentional on the part of public officials in the administration of far-right ex-leader Jair Bolsonaro.Conditions on the Yanomami reservation have become increasingly violent, with illegal miners regularly killing Indigenous residents, sexually abusing women and children and contaminating the area's rivers with the mercury used to separate gold from sediment, according to complaints from Indigenous organizations.And the increase of illegal mining in the Amazon has driven the spread of diseases such as malaria, tuberculosis and Covid-19, according to experts.The country's Supreme Court had ordered the removal of gold miners in the area, but the Bolsonaro government, which encouraged mining and agribusiness activities on Indigenous lands, never complied.© 2023 AFP 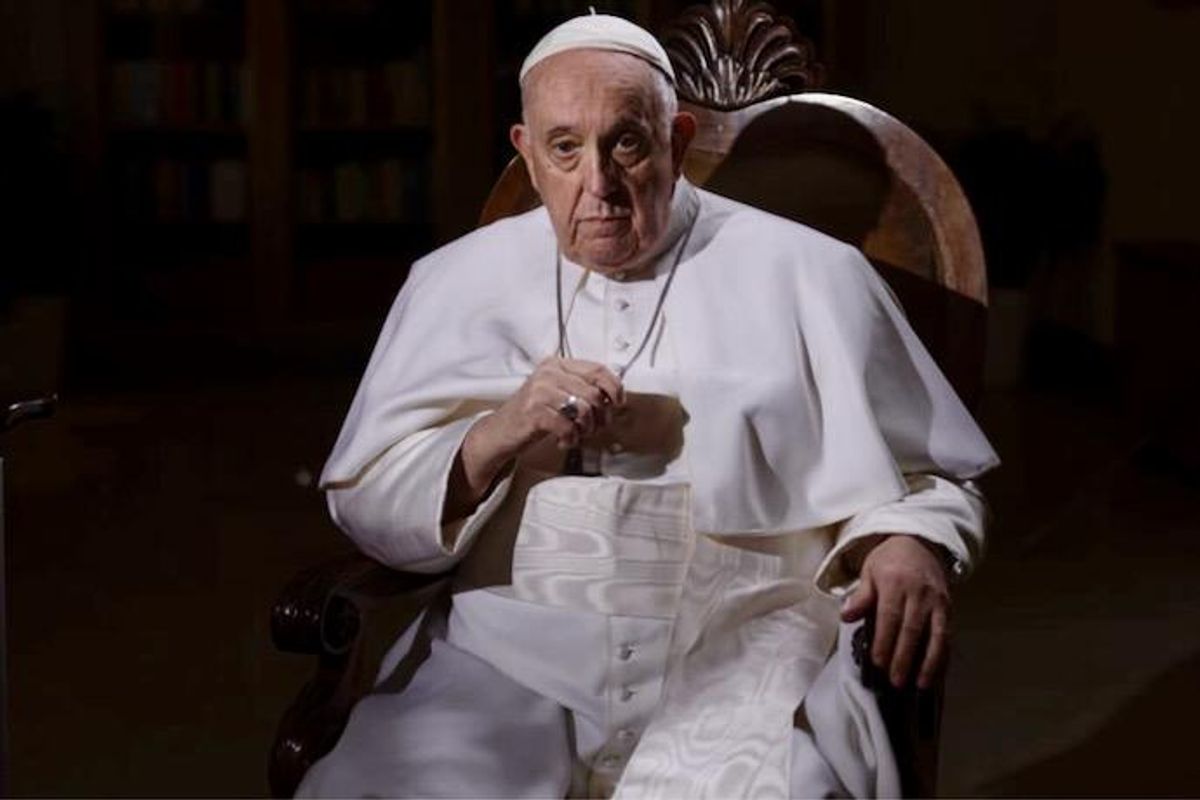 Pope Francis has clarified his recent comments about homosexuality and sin, saying he was merely referring to official Catholic moral teaching that teaches that any sexual act outside of marriage is a sin.And in a note Friday, Francis recalled that even black-and-white teaching is subject to circumstances that might eliminate the sin altogether.Francis first made the comments in an interview Jan. 24 with The Associated Press, in which he declared that laws criminalizing homosexuality were “unjust” and that “being homosexual is not a crime.”As he often does, Francis then imagined a conversation with someone who raised the matter of the church’s official teaching, which states that homosexual acts are sinful, or “intrinsically disordered.”“Fine, but first let’s distinguish between a sin and a crime,” Francis said in the pretend conversation. “It’s also a sin to lack charity with one another.”His comments calling for the decriminalization of homosexuality were hailed by LGBTQ advocates as a milestone that would help end harassment and violence against LGBTQ persons. But his reference to “sin” raised questions about whether he believed that merely being gay was itself a sin.The Rev. James Martin, an American Jesuit who runs the U.S.-based Outreach ministry for LGBTQ Catholics, asked Francis for clarification and printed the pope’s handwritten response on the Outreach website late Friday.In his note, Francis reaffirmed that homosexuality “is not a crime,” and said he spoke out “in order to stress that criminalization is neither good nor just.”“When I said it is a sin, I was simply referring to Catholic moral teaching, which says that every sexual act outside of marriage is a sin,” Francis wrote in Spanish, underlining the final phrase.But in a nod to his case-by-case approach to pastoral ministry, Francis noted that even that teaching is subject to consideration of the circumstances, “which may decrease or eliminate fault.”He acknowledged he could have been clearer in his comments to the AP. But he said he was using “natural and conversational language” in the interview that didn’t call for precise definitions.“As you can see, I was repeating something in general. I should have said: ‘It is a sin, as is any sexual act outside of marriage.’ This is to speak of ‘the matter’ of sin, but we know well that Catholic morality not only takes into consideration the matter, but also evaluates freedom and intention; and this, for every kind of sin,” he said.Some 67 countries or jurisdictions worldwide criminalize consensual same-sex sexual activity, 11 of which can or do impose the death penalty, according to The Human Dignity Trust, which works to end such laws. Experts say even where the laws are not enforced, they contribute to harassment, stigmatization and violence against LGBTQ people.Catholic teaching forbids gay marriage, holding that the sacrament of marriage is a lifelong bond between a man and a woman. It reserves intercourse for married couples while forbidding artificial contraception. In his decade-long pontificate, Francis has upheld that teaching but has made outreach to LGBTQ people a priority. He has stressed a more merciful approach to applying church doctrine, to accompany people rather than judge them.(AP)

RNC is the top governing body of the Republican Party led by Donald Trump. The meeting of the RNC was held at a luxury seaside resort in southern California's Orange County.

Homosexuality Isn't A Crime, Those Criminalising It Are Wrong: Pope Francis

Princess Diana's Gown Auctioned For Over 4.9 Crores In New York